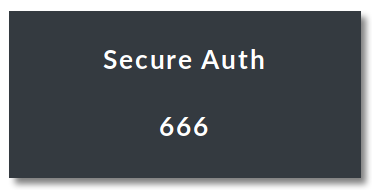 This reverse challenge it taken from the NorzhCTF from ENSIBS at 2020 FIC.

This challenge features a static binary (~10mb) using unicorn engine to emulate instructions, and some anti-disassembly techniques I have been explaining in a talk for Hack2G2 the year earlier. The static compilation will lower our possibilities for solving it.

After clearing the anti-disassembly trick in the main function, we get this decompiled output: 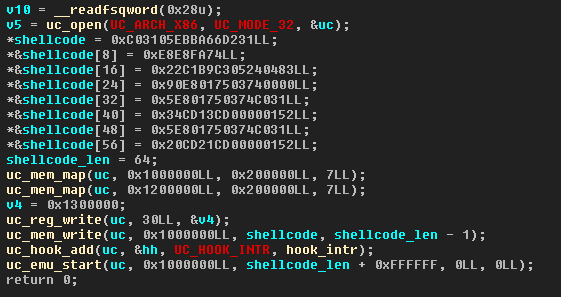 Those instructions will reveal useful later.

I extracted the shellcode, wrote it into a bin file in order to open it with radare2:

Radare2 was able to disassemble those “unknown” instructions, in a cleaner way than IDA did : 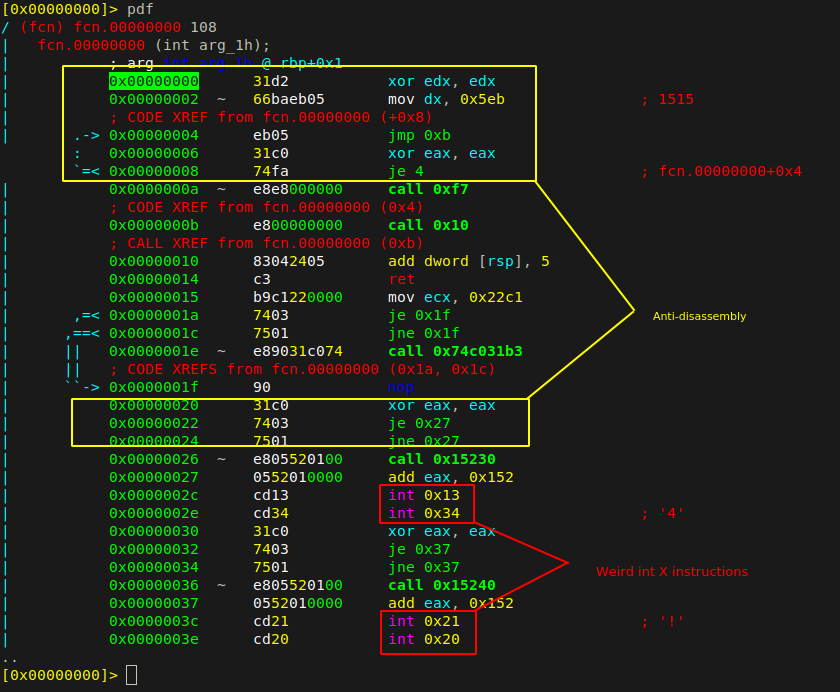 If we do not take into account the anti-disassembly junk, the important instructions here are the int X instructions. A review of the disassembly technique used in this binary is detailed here.

The binary will write the shellcode at 0x1000000 and start the emulation. The emulation is given a hook for every instruction emulated using the uc_hook_add function (main, L27).

The hook is defined with : uc_hook_add(uc, &hh, UC_HOOK_INTR, hook_intr);, UC_HOOK_INTR representing a hook for each interrupts. This means that the callback will be called on each int instructions (among others instructions).

Let’s give it a look. 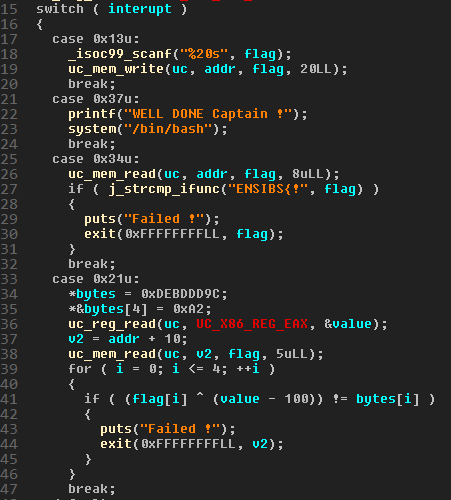 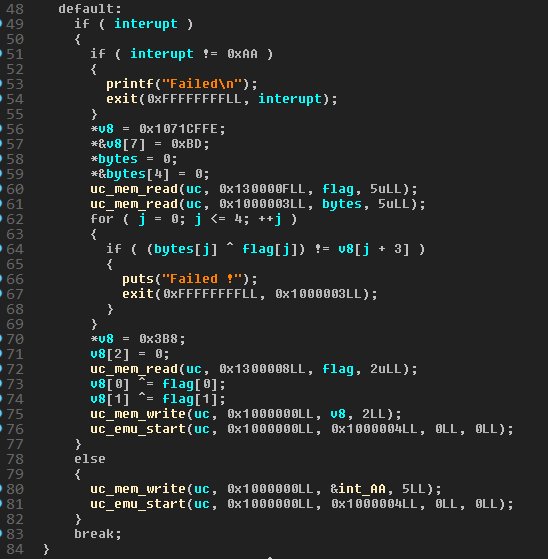 We can see that specific code is executed for specific interrupt numbers.

This is the first interrupt of the shellcode. At this point, the hook asks for a user input and stores it into a 20 characters buffer.

This is the second interrupt executed in the shellcode. It checks that the flag starts by ENSIBS{!.

This is the third executed one. It gets a value from RAX, and do some calculation on the 10th to 15th characters of the flag. Calculating it gives us : r3S0L.

The fourth one. There is no such case in the switch statement, so it executes the default one. The default one checks if the interrupt is 0xAA. If not, it writes this interrupt at the start of the shellcode, and restart the emulation from its beginning:

Now it will calculate the last part of the flag in the same way as it did in int 0x21 interrupt, which gives : 3et!}.

We are now missing 2 characters to have a complete flag: ENSIBS{!__r3S0L3et!}.

Those two chars will be xored with 0xB8 and 0x03, written to the start of the shellcode and executed.

Our goal is to create an int 0x37 interrupt (that triggers a /bin/bash), which is 0xCD37 in binary.

Great challenge, it was my first time dealing with unicorn, and I enjoyed having to deal with anti-disassembly in a CTF challenge.

This annex details the anti-disassembly tricks used in this binary. 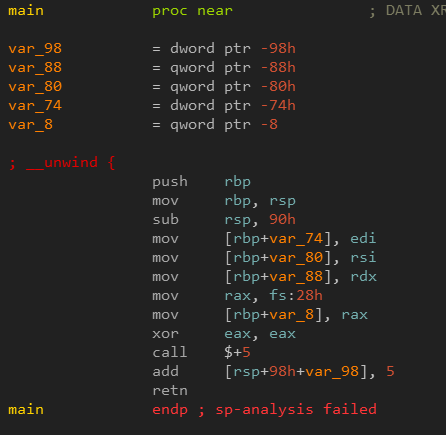 You can see strange instructions at the end of the disassembled procedure :

Here is how this trick works :

Those instructions has no other effect then messing with common disassemblers. It can be nopped out without problem, and that is what I did on this challenge.

My slides as reference - 30rd slide

The shellcode was using overlapping instructions in order to mess with my disassembler. One good example of this technique can be found in a book named Practical Malware Analysis :

Feel free to take a minute to read the image above, it is not that easy to understand if this is the first time you are encountering this.

Here we can see that the mov occurs, but then the code directly jumps way later on the code, missing the xor eax, eax instruction.